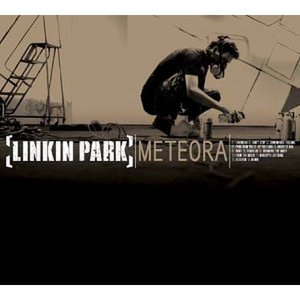 Meteora is the second studio album by American rock band Linkin Park. It was released on March 25, 2003 through Warner Bros. Records, following Reanimation, a collaboration album which featured remixes of songs included on debut studio album Hybrid Theory. Linkin Park released singles from Meteora for over a year, including Somewhere I Belong, Faint, Numb, From the Inside and Breaking the Habit. The song Lying from You was released as a promotional single. Meteora takes it's title from the Greek Orthodox monasteries. Meteora is the most successful album in the history of the Alternative Songs chart, a chart that specializes in radio play of alternative songs. As of 2013, the album has sold over 20 million copies worldwide, and is certified six times platinum by the RIAA. Meteora was also ranked number 36 on Billboards Top 200 Albums of the Decade. The song Session was nominated for the 2004 Grammy Award for Best Rock Instrumental Performance, losing to Jeff Beck's Plan B. Some songs from the album were remixed with some of Jay-Z's songs for the EP Collision Course.