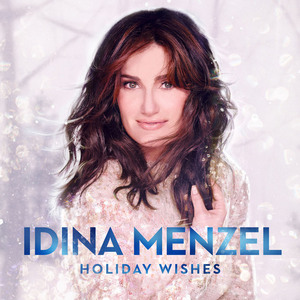 2014 holiday album from the Tony Award winning singer/actress, HOLIDAY WISHES was produced by Grammy Award-winner Walter Afanasieff (Barbra Streisand, Celine Dion, Mariah Carey) and features such classic favorites as 'A Holly Jolly Christmas' and 'Have Yourself a Merry Little Christmas,' as well as Joni Mitchell's Christmas-themed 'River,' one of Menzel's favorites. Menzel's career has traversed stage, film, television, and music. She was most recently heard as Elsa in Disney's global box office smash Frozen, in which she sings the film's Oscar-winning song 'Let It Go.'

1. Do You Hear What I Hear
2. December Prayer
3. The Christmas Song
4. When You Wish Upon A Star
5. Baby It's Cold Outside (duet with Michael Bubl)
6. Silent Night
7. Have Yourself A Merry Little Christmas
8. River
9. All I Want For Christmas Is You
10. Holly Jolly Christmas
11. What Are You Doing New Year's Eve?
12. White Christmas