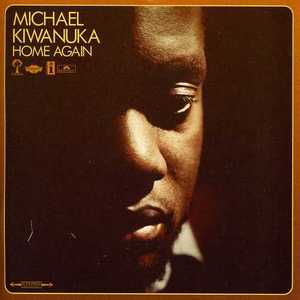 Born in Muswell Hill, London to Ugandan parents, Michael Kiwanuka was brought up in a home from which music was largely absent, with his first introduction to rock (Nirvana, Radiohead) arriving at the same time as he began to hang with the skater kids in the north London suburb during his early teenage years. Later coming across a soul compilation album given away with a music monthly, he was enthralled by the sound of Otis Redding's studio talkback discussions with his engineer while recording an outtake version of (Sittin' On) the Dock of the Bay. from this point on, he resolved to make music that sounded raw and authentic. In beginning to perform on the acoustic circuit around London, Kiwanuka quickly attracted interest and made connections, not least with his current manager who in turn garnered the attention of Communion Records, the label that in 2011 released the singers first two acclaimed EPs, TELL ME a TALE and I'M GETTING READY. Home Again was produced by Paul Butler (The Bees) in his vintage equipment-stuffed basement studio at his house in Ventnor on the Isle of Wight. Together the pair played almost every instrument to be heard on the album, with Butlers remarkably intimate, detailed productions adorned with everything from flute to brass to sitar to aching strings perfectly matching Kiwanukas visions for his songs.